These are some of the words you can rightfully use to describe the people, places, vibe, food and charm of Spain.

We’ve thought about it and it seems that Spain has it all.

So, we thought we'd give our view on this wonderful country from a bunch of angles: holidays in Spain. Spanish culture, beaches in Spain, food and drink plus so much more. Sound fair?

Did you know: The Spanish National Anthem actually has no words, how easy to learn is that!

If you’re a Brit, then should at least see where we’re coming from. According to iExpats, Spain has one of the largest British communities in the world and if nothing else, the stunning year round weather has been a massive draw.

And Gibraltar (‘The Rock’), on the Spanish south coast is a British Overseas Territory to this day, making the two countries uniquely tied together.

But that’s not even close to why we think Spain is just an amazing place to visit – being the second most visited country on earth, there has to be more.

Let’s take you through some of the things Spain has to offer its visitors, you’re in for a treat!

Over 3,000 glorious hours of sunshine every year, crystal clear waters, golden sands, scenic views, there’s almost nothing negative to say except 'why aren’t we there right now'!

Bounce over to the Canary Isle and trail across dozens of beaches, lagoons and coves on multiple separate islands, dazzling your senses and satisfying your longing for paradise.

The Canary Islands are just one collection but attract millions a year to it’s beaches and culture.

There are literally hundreds of Spanish beaches you can explore beyond the Canary Islands, there are so many best beach ‘lists’ about Spanish it’s hard to know where to begin. 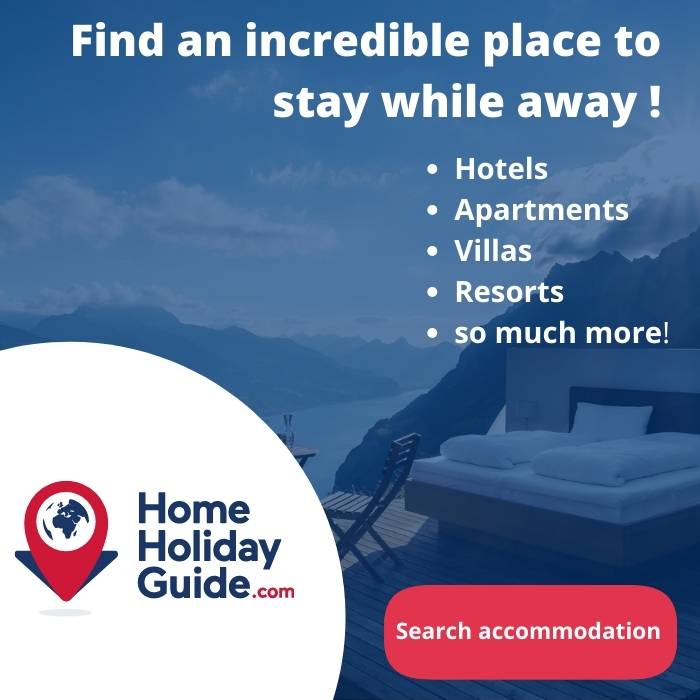 If you're a beach lover and haven’t been to Spain yet, well, maybe you just aren’t a beach lover! There’s always time to change that…

But the combination of culture and beauty is rarely matched together so effortlessly among ‘great-weather’ countries. Spain stands tall as a prince of the sand and sea and you can even see Africa from certain parts of the southern coast, particularly the Strait of Gibraltar.

Yes, yes, yes…sun, sea and music! The dream combination and Spain has that covered in a big way!

World famous as well as culturally rich, dive into the full experience. Whoever you are, whatever you like there’ll be something unforgettable you can witness and enjoy.

Enjoy the richness of Spanish weather with the music both young and mature can sway to. Twinned with so many nightclubs and music companies around the globe, Ibiza is a party world in and of itself.

But if that’s not your scene then hold on! Don’t count it out yet, because there’s an ever growing availability of Ibiza villa rental spots and quieter retreats for relaxation and pleasure. Ibiza doesn’t leave any dreams aside!

The Flamenco of Spain

One of the more impassioned dance genres the world has ever known!

Couples have sworn that Flamenco classes have put the spark back in their marriage, kids have been made, lives changed through the language of this dance style!

It’s Spain's own, birthed from the southern regions around places such as Andalusia and many thousands frequent Spain yearly, solely for this purpose. If you want something different, then you may want to give this a try.

Watching a professional, live performance is an incredible way to spend a warm Spanish evening. Coupled with wine and a meal, it makes for a full and lively evening.

While this delightful country is proud of its traditions, it also boasts modern, cosmopolitan cities that entice millions of party goers and ‘cool-kids’ throughout the year.

Two of the main nightlife spots are Barcelona and Madrid. Packed with famous nightclubs and dancing districts, you’ll enjoy the Spanish vibe until late into the night (well, early morning as they shut after the sun rises!). One question, can you handle two nights back to back?! 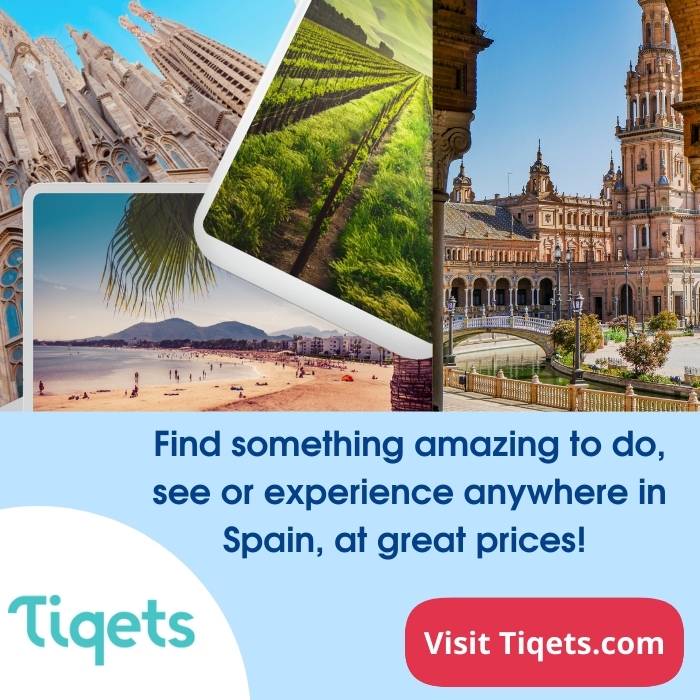 The epitome of the Spanish celebration of its identity.

Noise, colour, brilliance, joy. It’s a festival, Spanish style and they make no apologies for it! Having its roots in religious ceremony and still holding to its tradition, it now encompasses mass celebration of all kinds.

Even just celebrating being together, family, friends and life. You can’t not smile and have a great time at one of the many fiestas held during the year all over the villages and cities of this beauty country. Great, we’ve just talked ourselves into wanting to go!

You’ve heard the word culture thrown around a couple of times already, it’s quite hard not to when discussing Spain.

It’s steeped in it and proud of it.

So we will just list a few things here that we haven’t touched on yet but are certainly a huge part of Spanish society and culture.

Another connection that Spain and the UK have – a massive love of the game! Well, this is true for much of Europe, football is a game that unites nearly the whole continent.

Formidable teams attract world-wide attention, crowds in the tens of thousands and create, on game nights, such a buzz around the town. Here chants bellowing into the night, laughter, cheering and celebrate what makes this sport so great, the way it brings people together.

Ticketmaster has tickets for all the great Spanish games. Think it time to watch your favourite players in the flesh? Well, start booking here and get ready for the time of your life!

Now it’s not as common or frequent as it used to be - for employment and practical reasons, but it’s still held dear by so many and particularly on hot weekends, there's nothing better!

The old tradition of the Siesta, the mid to late afternoon nap used to escape the heat and let the food settle.

Many testify to its effectiveness to make you happier, more productive and even live a longer life! Do we need another reason to have a snooze, we think not!

While on holiday in Spain, join in with the culture and have a refreshing siesta after a delicious meal and before your evening plans, you may just get hooked! 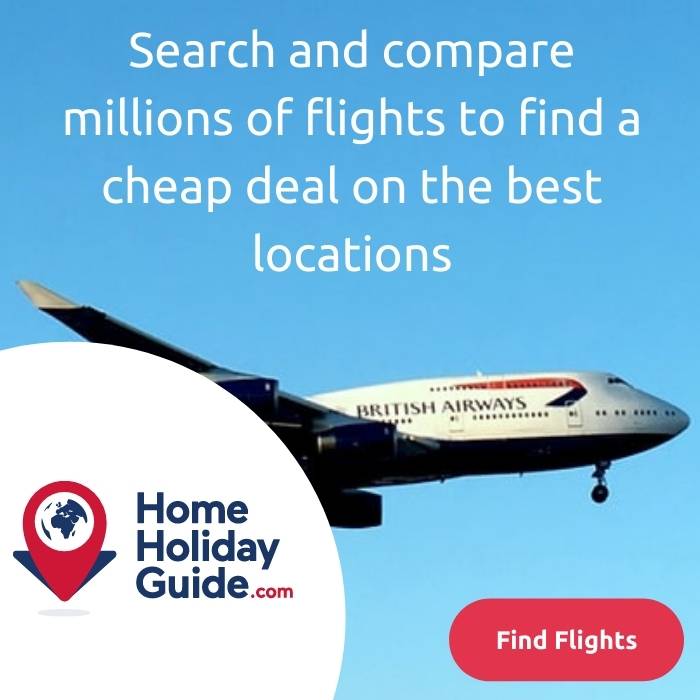 With 48 separate UNESCO listings, Spain has the third highest number of UNESCO world Heritage sites in the world, across 42 cultural, 4 natural and 2 mixed properties. An amazing achievement as international competition is incredibly fierce.

This, if nothing else is without doubt a crowning achievement and is testament to the outstanding beauty, culture and history of this awesome country.

How many of the heritage sites can you visit? Make it a point to visit at least one on a trip to Spain, they’re dotted all over the country so you should never be too far away from one.

Let’s talk about food baby! As recognisable as the Flamenco, Spanish dishes make the taste buds dance and twirl!

The authentic Mediterranean-style cuisines have been perfected over centuries.

Spain’s national dishes have been taken to the furthest parts of the globe where they are enjoyed; from France to China, Nigeria to Canada.

When (not if 😉) you do take a trip to Spain, some of the meals you might want to consider are:

Paella – a rice-based sea-food and meat dish has a number of varieties and enthusiasts argue which is the ‘true’ paella recipe. But anywhere you go in Spain you’ll be able to sample a fresh and brilliantly prepared authentic paella (which is the name of the pan it’s cooked in, by the way)

Tapas – more of an appetizer, but that doesn’t mean you can’t enjoy it! Amazing as finger-food, or add as part of your main meal. There’s no actual defined meaning when it comes to tapas, it’s more of a style, a feel and that’s what makes Spanish dining a true experience. Meat, vegan, dairy, potato and more, see what tapas options are served next time you pass a spot to eat.

Gazpacho – a cold, tomato and veggie-based soup, served up on a blazing hot afternoon. Just try it, gorgeous. You can taste the herbs, garlic, the olive oil base and of course, home-grown tomatoes that you know will taste amazing let’s be honest! Served up with some bread, this makes a delicious and healthy afternoon lunch or pre-meal starter.

Pisto – this vegetarian stew is mouth-watering. Originating in the region of La Mancha this steamy dish is guaranteed to satisfy. Food this good that’s also healthy, where’s the catch?! Have it as a starter or part of your main course, yum yum!

Like the French, the Spanish are very serious when it comes to their wine and wine making is serious business.

Vineyards have been in family dynasties for decades – even longer – and some of the finest wine that's ever been tasted has come from the soil of this land.

If you can, try and sample some from the popular regions where grapes are grown.

Some of the wine spots and regions include:

Yes, Spain has things to offer that no place on the map does. It has a saga in Europe that's unique, the relics of it’s history are still very visible today.

Visits the Museo del Prado in Madrid, or the Picasso museum in Barcelona or Malaga and see for yourself. But even if you want to stay outdoors amongst the people, you won’t be able to avoid seeing art unless you walk around with your eyes closed!

Spain in rich in design and you’ll not regret taking time to plan to explore this side of the country when travelling to it.

Two of the top things to see when it comes to art and architecture we just have to point out.

Antoni Gaudi (born in 1852) was a Catalonian architect, famed for his seven buildings constructed in the Barcelonic areas. His absolutely unique and captivating style is still admired in the 21st century.

His works can still be seen today and they testify to freedom; freedom of colour, shape, materials and expression, freedom to use your mind and passion to create outstanding constructions that dazzle and inspire the heart. 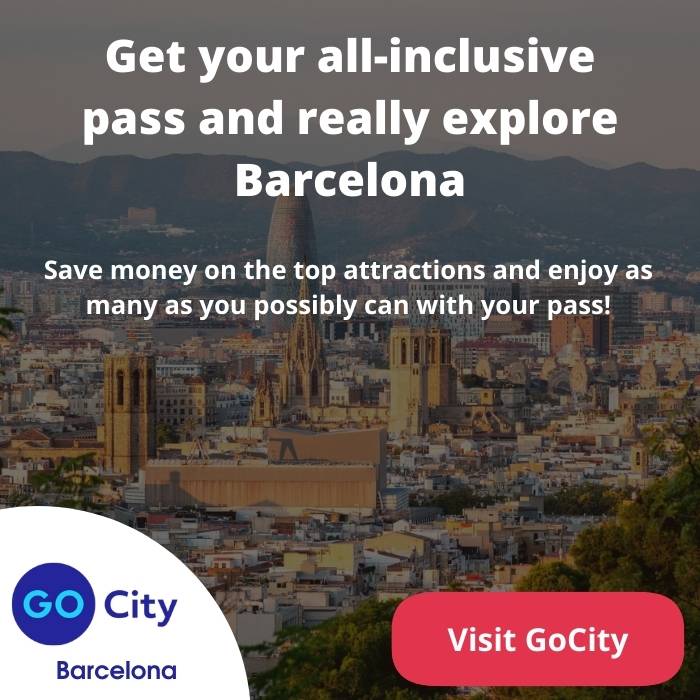 If you travel to Barcelona, make sure you look at the magnificent architecture and see the colours come alive on a clear, sunny day.

Many aren’t aware that Spain has a long Islamic history going back to 711 AD!

It was called the Iberian Peninsula at the time and included Portugal as well.

Muslims brought with them the brilliance of their Arabic poets and philosophers, men of logic and reason, art and design and it’s left a unique legacy in Spain which no other European country has.

The Arabic influence brings so much allure and attraction. Tourists from all over the globe - including the Middle East - travel to southern Spain to immerse in this blend of cultures and history including the Hispano-Islamic art and architecture.

Some of the things to keep an eye out for are:

So were we wrong? Spain is quite a place and should certainly be on the bucket list of any traveller. Short stays or longer holidays, Spain has everything you could hope for and more. A diverse country, a lively place and a great choice for the individual, group or family.

Subscribe now for FREE and get ideas, inspiration and information, right to your mailbox.
Thank you! Your submission has been received!
Oops! Something went wrong while submitting the form.
Europe
Spain
Mediterranean
Dream